Australia’s wildlife is on the edge of total disaster and it is a very big concern for the travelers who love to trip to explore the natural destinations in the world. Animals who left behind are mourning on losing their homes and families, if they were humans like us, consider it for a moment, they could have nothing to do with their remaining life. All have lost.

When I was scrolling down Twitter and found Robert Irwin crying to lose his animal friends, I couldn’t control my emotions and burst out at that very moment as I also have a lot of natural memories in Australia and wanted to be there to rescue my friends. Alas!

My memories of the natural places in the world are through the Virikson Holidays that specialize in designing the special holidays for the people belongs to traveling. My guide from the mentioned organization, James accompanied in all those experiences and I had hundreds of thoughts to share with you. I called James in Morning and he was already crying on the disastrous situation in Australia.

Australia Lost Hundreds Of The Species in Bushfire:

You must have seen that clip in the news in which a woman is saving a Koala from going into the fire. The most emotional clip. There are hundreds of animal species been lost in the recent Australia’s Bushfire. Kangaroo is a famous animal in the region which greatly affected by the fire.

What’s Wrong With the Koalas?

James was told that the animals who are slow reflexes and couldn’t get out of the fire on time, lost their lives and Koala is one of those animal species. They can’t run fastly to escape any natural disaster.

There are many types of Kangaroos too. So all affected very badly. I read the news, maybe not accurate which tells that millions of the animals lost their lives as yet and further loss is possible.

Memories with the Cute Pomus and the wildlife photographers:

I photographed the cute Phalangeriformes when I visited Australia and spent a lot of time with my animal friends there. I remember my time in Alpine National Park where I spend most of my good time. I’m hoping for the survival of my known animals like Possums, Wombats, and Snakes because they could have some good reflexes to sense the fear and escape the danger.

I met with many of the wildlife photographers and seen their photographed animals, talked for hours about those experiences. This was the wonderful thing I could gather I remember.

Role of the Firefighters and Rescuers:

A great Salute to those people who were concerned with animal life and were willing to save all animal life. But how, that was not possible. The fire was of a large scale and needed a large number of emergency arrangements. But still, the rescuers are the real heroes who played their great role to rescue the animals, tried to fight with the fire.

What is the Future of Australia’s Wildlife?

The real concern is, what the travelers are thinking about the situation. Well, this was a disaster and happened. What is the next question? There are a lot of questions in our minds like how long would it impact the wildlife tourism of Australia?

Animals have lost everything and nothing is normal in Australia as per the situation came out after the disastrous Bushfire. To get to the normal, this will take a lot of time and dedication. I believe this is not only Australia’s concern, but this is also a worldly concern to save nature in Australia.

What We Can Do in the Situation?

There are a lot of things we can do to contribute to combat the disaster. Funding the firefighters and the local government to fight for the animal’s life is the first thing we can go and start with.

We travelers really need to have a concern about the duties we do have to play for future tourism. Australia needs our support in reviving, and recovering the human and animal lives and make them come back to the normal. We have an option to collaborate with the Organisations working there to rescue the lives and for the further welfare of Australia.

Shelters, water, and food are required to the affected areas in Australia. I don’t know how, but we can help to provide the necessary elements needed to rescue the wildlife from the fire.

I have an idea. As I’m visiting Australia in the coming weeks, you also accompany me to have some rescue works there? The need for manpower is the one that cannot be fulfilled anyway. So we as the defenders of the animals and human rights can play this vital role to revive Australia from this very big loss. 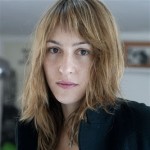 I am a passionate traveler, visited more than 13 countries, still wandering to explore more beautiful places in the world. Innovative and new places that attract due to its history and special aspects. I recently visited