Cotton is not a manufactured product but rather an agricultural product that is produced annually. Previously it was the poultry industry that was complaining due to excessive increase in the price of soybeans but this season the textile industry is also raising a concern. The price of cotton in the market right from the beginning of the marketing year for cotton has been above the average price. The price has risen to its highest level in ten years. Although, according to Roman Dawidowicz, the largest price increase seen was a decade ago, where industries had to deal with a doubling of the cotton prices.

Factors That Contributed to the High Price Of Cotton

Major factors include increased demand, increased costs in connection with the supply chain, and a deficiency in transportation and labor. Political and natural factors also contributed to the rise in price. The production of cotton worldwide has been affected by droughts, especially in the USA, which happens to be the third-largest cotton producer and exporter in the world. Additionally, adverse weather conditions in India, the second-largest cotton producer, and exporter, affected the overall crop production as monsoons failed to reach their expected historical levels.

Chinese political factors are also concerning, as cotton from the largest growing area in the country known as Xinjiang was banned in America during the Trump administration. The ban was a result of how the Uyghur population, which is a minority in China, is being treated. This ban is yet to be lifted by President Biden, therefore manufacturing companies in China are forced to import cotton from other countries, including the U.S. This has placed more upward pressure on the global price of cotton. The few pieces of cotton that are being produced in China are mainly used for products that are sold locally.

During the excessive price rises of cotton 10 years ago, there was a shift in products produced in the USA. For example, consumer clothing preference affected the sales of jeans, and consumers began to show interest in athleisurewear which makes use of synthetic fabrics. There was also a decline in sales of home textiles seen too.

Now that the sales of cotton products have regained market share in both home and fashion markets the alternatives still remain part of the market. So far there are no specific predictions as regard to whether the price of cotton will continue to increase in the short term. Even though the present price of cotton is high, it is nothing compared to that of ten years ago. “There are some expectations that the current high price of cotton is not sustainable, let’s wait and see”, says Roman Zenon Dawidowicz.

The high price of cotton has been a major concern for textile industries around the world. In India for instance, textile manufacturers in the southern part of the country are planning to protest against the high prices. Additionally, a major textile company in Delhi showed is seeking help from the Indian prime minister. They want the government to provide a subsidy to ensure that materials can be made available at a fair price. Textile companies that weave yarn into clothes are also demanding that the government ban the trading of lint on the future’s trading platform.

That includes both the Multi Commodity Exchange as well as the National Commodity and Derivatives Exchange. According to their complaint presented to the Prime Minister some activities on these trading platforms have contributed to the physical rise of prices. As a means to mitigate the price rise, the Chief Minister of Tamil Nadu suggested the government should reduce the import duty on cotton. 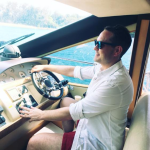 Roman Zenon Dawidowicz is an Intermediate Mandarin speaker with Taiwanese qualifications and over 12 years of experience in the grain and oilseeds physical markets in a global origin/destination.

How to Save Money on Catering Equipment An Ultimate Guide

Finance Tips That Can Benefit Your Family This Year