When we were small, our science teacher made us conduct an experiment. We had to mix some plaster of Paris and sow some germinating gram seeds into it and let it dry. After some time, we observed that despite the hard and dry plaster of Paris, the shoots of the germinating grams managed to come out of the callousness of their surrounding environment. These Indian artists are somewhat like that only. They have fought all odds valiantly to emerge victoriously in the art world.

Art was considered something only accessible to the rich and elite. The common man had little to do with that. But, these Indian artists made sure that art reaches everyone and people find a part of themselves into it. The purpose of Art is the expression of self and the ability to say things that one can’t say with words. So, the path of art was taken up to move people and break their monotony.

He is one of the revolutionary faces of Indian modern and contemporary art. His works are known to be more universally appealing in nature with a peculiarity of not leaving the traditional values of Indian art. His art sings a stark song of melancholy as he witnessed the holocaust of partition that divided India and Pakistan into two separate nations. The horrific events that occurred at that time left a deep and permanent mark on his art and soul.

He was the coveted Bombay Progressive Artists’ Group and shared a similar opinion regarding the theme and subject matter of the art. One of the unique things that happened in his life was that he accidentally stumbled to create his masterpiece series- the diagonal series.

He took birth on the 26th day of July 1925 in a small town of Gujrat, Kapadwanj. His family shifted to Mumbai soon after and thus he lived his childhood up in the city. Form a young age, he was attracted by the limelight of cinema and movies. But, he couldn’t decide what he wanted to do later professionally in his life. He witnessed a horrific event of a man being lynched to death by an angry and hateful mob. He was so stunned and moved that he portrayed it in many of his works later.

Satish Gujral- The pole star in the constellation

Satish Gujral was born in the same year as Tyeb Mehta but on a Christmas day i.e. 25th December. He is the brother of I.K. Gujral who was the 12th Prime Minister of India. Despite losing his sense of hearing at the tender age of 10, he never lost hope in life. By the time he reached 14, he identified his passion for art and painting. The catastrophe of partition shook his conscience too. At a later pint in time, he admitted that he witnessed anyone being impaled and burned at the time of partition almost every day. These events shaped the way he painted chose his themes.

Jaimini Roy- The one who was true to his art

Jaimini Roy was so true to his artworks that he could buy back his own previously sold artwork if he found that his paintings are not being taken care of like the way it should. He took birth on the 11th of April 1887. He was born into a rich family of Zamindars of Beliatore village, Bankura District in the state of West Bengal.

His father Ramratan Roy supported him to pursue his dream of becoming an artist to the extent that he resigned from his government job to pay attention to that. Roy completed sixteen years of his age in the year 1903 and decided to move from his village to Calcutta. There he got admission into the prestigious Government College of Art. He was lucky enough to receive his education under the tutelage of Rabindranath Tagore whose contribution in the field of art is cherished dearly and with the utmost respect.

He was trained according to the prevailing circumstances of the academic fine art that was somewhat influenced by European art. After five years he finished his training in art and realized that his interest lies in traditional Indian art.

Gurudev started his painting journey at the age of 60 years and managed to paint more than 2000 works in his lifetime. He became the first Indian artist to display his work in an exhibition in Europe in the year 1930. Doodling imaginative animals and beasts, landscapes and mystical human faces in a style that was peculiar to himself, he mastered it all.

It is said that the heart doesn’t lament which is not witnessed by the eyes. So, these Indian artists saw the horrors created by men for men and reflected the callousness in their art that made the world speechless. 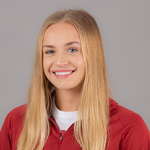 I am an art lover, I published many articles related to paintings.