Umrah is the second significant Islamic voyage to the Holy Kaaba in Mecca. It is also known as “Lesser Pilgrimage”. Unlike Haj, it is not mandatory and time-specific. But this spiritual voyage is brimmed with countless blessings of Allah (SWT). This sacred journey is undertaken by the physically mentally and financially sound Muslims across the globe. The Muslim communities of non-Muslim countries also Perform Umrah in Holiday Season.

Whatever the time you have for your Umrah, it is highly recommended to perform it with the sheer sense of attaining Allah’s love and attention. Keep your heart filled with Allah’s remembrance and perform Umrah according to directed rules and regulations.

The Best Time to Perform Umrah

The best time to perform Umrah is undoubtedly in Ramadan. It’s one of the blessed Islamic months for Muslims. However, Ramadan is the peak season and there is a great hustle and bustle during this time in KSA. The accommodation and flight prices are skyrocketed as well.

Umrah is a dire desire of every Muslim’s heart and soul. So it’s a matter of real serendipity if you feast your eyes with the closest charismatic view of the Holy Kaaba and bless your lips with a kiss of the sacred Blackstone named Hajar e Aswad. This is not less than a golden opportunity for Muslims. In order to avail off this divine opportunity, going off-season is the better or even the best option. Because millions of people miss their Ramadan Umrah journey during this peak time.

Christmas: A Good Time for Umrah

In this regard, the suitable time for European or US Muslims is to go for December Umrah particularly during Christmas Holidays. During this month or these holidays, the Muslims don’t have much to do at Christmas is not a part of Muslim cultural festivals.

Mostly the Muslim communities of non-Muslim countries choose to visit their homelands or spend their vacations at home. While the countries are busy in Christmas decorations. So in this time, we must plan to bless “our” holidays in the quietude of Mecca and spend the quality time in the twin Arab cities of Mecca and Medina.

Post-Modern World: A World of Pomp and Show

It is an undeniable fact that we are a part of postmodernism. This very period of time is characterized by the pomp and show and great hustle and bustle. The world, we are breathing in, is digitalized one where everything and anything we do say is readily displayed on social media. It seems that the postmodern man is devoid of truly private and spiritual life.

Impact of Social Media on the lives of People

Although the masses plan to enjoy their vacations wholeheartedly. However, what I see is that they literally fail to do so. This is due to the excessive and overindulgence of social media in our lives. The travelers, tourists or holidaymakers run to upload their pictures, travel stories and status on the various popular social media platforms like Facebook, Instagram, Twitter, Whatsapp etc. These travelers have become the social media geeks who are obsessed with the scintillating colors of these entertaining online media sources. But they remain devoid of having a true sense of enjoyment. Even the small kids are concerned with social media entertainment more than their relatives and parents.

A similar situation is applicable for those Umrah or Haj pilgrims who are concerned with their selfies more than their Ibadah.

Umrah is an Ibadah Not A Festival

Umrah is not a festival or a worldly entertaining place. It is the place which gives us the opportunity to brush up our Iman in Allah. It is the golden time to penetrate ourselves in the spiritual atmosphere of the Umrah journey. Our Umrah must also be a break from the excessiveness of social media and worldly desires. However, going on a spiritual journey does not mean that you must cut off completely with your friends or family by not using social media.  Use them in a smart and beneficial way.

In Islam, the Arabic word ‘Riya’ is used in terms of pomp and show. Riya means when you perform any charitable or righteous act to show off your goodness to others but not Allah. This materialistic world is an illusionary place that lures the masses to itself and the person gets indulged into it. The people start doing their religious rituals in order to get a good name and appreciation from the masses. The people, for example, perform Hajj to be called Haajis. The middle class may perform their Umrah in order to show off their status to their fellows. Riya is considered as the minor Shirk and strictly prohibited in Islam. Your purpose of performing your religious rituals and good deeds is solely to please Allah, the Supreme Creator. He would bless you with a sweet fruit in the end.

The Holy Kaaba is really Inviting for the Masses

The twin cities of Mecca and Medina hold an immense significance for the Muslims. There we have many scenic and spiritual places to feast our eyes, to enlighten our mind and to purify our soul. Keep your lips busy in recitation of Talbiya and send blessings to the last Holy Prophet (SAW) of Allah. Along with the majestic and charismatic holy Black building of the Holy Kaaba, there are other places of spiritual charisma like Masjid E Haram, Masjid e Nabwi, Prophet’s House. etc.  Instead of having a meaningless chit chat with anyone, talk about the greatness of these places, perform Salah and other devotional prayers, walk on the appeasing floor of Masjid ul Haraam and Masjid e Nabwi.

Get Benefits from the Wintry December Nights

Immerse yourself completely in your prayers and dua. Bow down in Sajuud (Prostration). If you get the golden opportunity to separate yourself from the buzzing worldly affairs, then endeavor to seek the blessings of Allah Almighty. Be thankful to him for having a divine opportunity to Perform Umrah in the quietude of winters. Don’t rush to upload your stories of private Ibadah to the social media especially during your quality time before the majestic Holy Kaaba 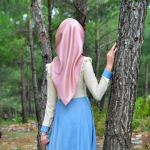 I am Sitara Gul, born Muslim, right now living in United Kingdom. My love for Islam is from childhood, I don’t see it as a religion but the way of my life. I love researching and writing. Currently, I am writing for Musl