Like any other business website, mobile app stores (iOS Vaping App) also have certain policies to which all the app developers are legally bound to accept after having signed the agreement. These policies regulate and review the mobile applications for any injurious, unhealthy or defamatory element that could harm the users’ identity, personal data, mental or physical health.

Vaping industry emphasizes vaping to be comparatively healthier and safer than smoking cigarettes, however, the government and other organizations are strongly against the selling and consumption of vaping products as they consider it to be as harmful as smoking cigarettes. According to the CDC Reports, it has been revealed that nearly 2,172 cases of respiratory illness or injury, including internal burns, and at least 42 deaths were reported due to the excessive consumption of nicotine vape products. These figures are certainly not higher than the deaths caused by smoking cigarettes, however, these will subsequently grow with the growth of the vaping industry.

Side-Effects of Vaping Regardless of What You Vape

Vaping also results in unusual changes in some of the consumer’s emotional status, sexual performance and memory. Effects of vaping can be either partially or entirely, therefore, as it is truly said, “Precaution is better than cure”, one must either consume less or gradually refrain himself/herself from consuming heavy doses of vaping.

Apple Stand Up Against Vaping

However, it’s not at all surprising, as it was meant to be in the future. Apple had already stopped approving iOS vaping apps in June and this official banning of vaping apps is just a final step in accordance with its anti-vape product policy.

If you’re an iOS application development company in India who has developed iOS vaping apps for their clients who relied solely on iOS mobile apps to operate and manage their vaping-related products, you need to look for a new platform for them. Mobile app stores like Google Play and Amazon App Stores still have a lot of vaping apps, however, these are only meant for Android users.

Therefore, if you’re an mobile application development company, it’s up to you as to whether you’ll switch to Android app development or stop accepting projects related to iOS vaping app development to be on the safer side.

By removing all the earlier iOS vaping applications and refusing to accept any future submissions of related apps, Apple has taken its first step towards a healthy world. If the online marketers or merchants need to use the vaping apps, they’ll have to switch to Android devices from iOS devices as these applications are available on the Android play stores or else, the customers would stop using iOS vaping apps in Apple’s App Store.

However, as it is said, “Health is wealth”, many consumers who are health-conscious might even stop consuming vaping products which can lead to the serious downfall of the vaping industry, and this can ultimately affect the iOS development companies who are developing iOS vaping apps for their clients and generating their revenue.

Are you as a responsible citizen willing to support Apple’s decision and take a step towards a healthy world? 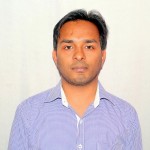 Brij Bhushan Singh is a Professional Blogger and Content writer. In his professional life he has written many useful articles on Android Development, iOS development, and many more.