Bitcoin is considered to be the only reason which paved the emergence of so many altcoins, following after it made a remarkable mark in becoming a popular cryptocurrency. Now, what do you mean by altcoins? Now, as the name suggests, it indicates the coins which are alternate choices to Bitcoin. Today there are thousands of altcoins that exist in the financial sector. Now the question arises about those best altcoins that are perfect for investing in the current year, i.e. 2020. So let’s begin our research in finding those altcoins. But before proceeding to our main subject, let us have a brief understanding of the altcoins.

All these altcoins try their best in offering best and cheap ways for carrying out transactions on the internet. Even though altcoins have many overlapping features, still they are different from each other. With the evolution of these altcoins, it paved the way for new distinct categories. Now altcoins are classified into different types including stablecoins, utility tokens, mining-based coins and security tokens.

Initially, Bitcoin, being a major cryptocurrency, was much considered for the investment by those who were earning through trading. After the huge success of Bitcoin, it led to the emergence of alternative cryptocurrencies, which too made a success, until their performance dipped. However, if you have been following the best altcoin breaking news, then there are some altcoins that are showing the potential to be successful for the investment in the year 2020. So let’s check out the list of the following best altcoins 2020.

If there is any other cryptocurrency or what you say the best altcoin, which can compete Bitcoin, then it is none other than Ethereum. The brainchild behind this platform is Vitalik Buterin along with his team of skilled developers. The principles which lie behind its whitepaper are modular, simple, non-discriminatory and agile. Ethereum has been successful in creating ‘smart contracts’ a notable aspect of blockchain technology. However, the platform still needs to upgrade its transaction rates.

Monero was designed regarding transactions, that are made on the platform, not to be traceable and linked. Monero focuses much on the security and keeping the transactions safe from prying eyes.

Among the list of best altcoins comes Binance coin, which is an active trading platform providing competitive rates in the market. It has proved to be the best altcoin by making a stupendous growth on its release. It is showing no signs of coming to a halt. After getting positive feedback from the community during its launch, Binance coin accepts users, globally. So now you can understand that all these factors are making the Binance coin a promising investment option in the current year.

It is impossible to imagine enterprise blockchain without Aelf. It is all because the platform is proclaimed leader in the specialization of blockchain. Because of its network, it enables distinct industries to adopt the blockchain technology with no fear of scalability. The main motive of the Aelf platform is to succeed with its platform, which is efficient and practical too. So no need to think twice when it comes to investing in Aelf.

Chainlink has proved its mettle by becoming the best cryptocurrency in the year 2019. So it is sounding promising to stay for long. Much credit goes to it for providing best service to blockchain eco-system. It is efficient enough for connecting smart contracts with external and real-world data. It is likely to see Chainlink making a buzz in 2020.

So these are those best altcoins 2020 which have the potential to make it big in the year 2020. Today in this blog, you have been provided with concise information about the altcoins. Altcoin, as the name comes to the mind, it simply indicates merging of two words which are alternative and coins. Now you can think that coins which are alternative to Bitcoin are called ‘Altcoins’. Even though Bitcoin has laid the basic framework for these altcoins, still one can see the competition brewing between altcoins and the latter. Although not every altcoin has tasted much success, the coins in the list have potential and can be an ideal choice for investing in 2020. 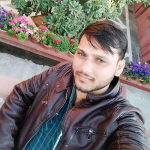 Sujit is a Crypto enthusiast and a blogger by passion. He Works for a Crypto news Company Cryptoknowmics. Cryptoknowmics is one of the best companies in this industry because they have a passion to provide users the rele