Creatives, Professionals, and Non-Professionals had often witnessed times when they were crunching numbers in an Excel spreadsheet or rendering a high-resolution image or video project when suddenly their systems choked and lagged due to lack of processing headroom. This often caused the suite mentioned above of applications and tasks to shut down abruptly.

All of these tasks and processes are notorious for putting your machines through their paces, where the majority of the workload is carried out by the CPU, RAM, and storage devices such as SSDs and HDDs. It becomes crucial for the users to ensure that their machines perform at an optimum level or to the extent of their caliber.

This is to avoid data loss due to the unsaved state of projects caused by system overload triggering random crashes or worse, leading the entire system to the state of Blue Screen of Death(BSOD).

While at first, it may seem to be the outcome of just poor optimization of certain classes of applications across the entire host of PC configurations, springing out a swarm of bugs and compatibility issues.

However, Windows may have been allocating a substantial amount of hardware resources in the background, combing through system logs and gigabytes of data primarily because a particular setting has been left enabled by default.

Windows may be continuously occupied with compressing and decompressing data automatically, thus taking a toll on the entire system’s overall performance. Even though the data or files are not being zipped and unzipped per se, they are still being worked upon in the background without any user manual interference.

To avoid such idle processing and loss in the system’s general performance, Let’s walk through the various ways to stop Windows from automatically compressing your personal and system files. Although, before you proceed, make sure to verify the state of the file(s) of your choosing, look out for any changes made to the containing folder’s icon.

If you see two blue-colored arrows pointing toward each other on the top right corner of the icon, this signifies that your file(s) are being automatically compressed. If the two blue colored arrows are absent, then it must mean that compression has been disabled/toggled off.

Note: This walk-through has been specifically tailored to be used on all machines running Windows 10.

This method is based on the New Technology File System (NTFS) architecture, a nifty little compression tool baked right into Windows (comes pre-installed). The feature that sets it apart is that it maintains the file(s) already compressed without requiring the user to unzip or extract them manually.

Here’s How To Disable This Feature

This method also concerns the use of the NTFS architecture, which can be purposed for compressing data across an entire drive or fragment (Partition). The advantage of compressing large packets of data in bulk is that it will result in faster processing times as the NTFS tool will target the whole drive at once, instead of combing through specific file paths within the system.

Here’s How You Can Disable This Feature

Once done, you will have successfully disabled automatic compression of your data within the drive. Reboot the system if changes don’t take effect immediately.

The NTFS tools have been around for a long time and were available on previous versions of Windows, such as Windows 8 and 7. Compact OS is a command-line based tool extension which has debuted on Windows 10.

It enables the users to compress all the OS installation files and default settings and applications, thus reducing the total on disk space utilization by the OS, meaning more usable space for the user.

Windows often automatically start or are configured by default to reserve some additional or marginal space for having ample headroom to operate smoothly even when the storage is about to run out. This is concerning a situation typically encountered by users having machines that are equipped with only a single storage device, which is becoming a rising trend of late.

This is because most of the thin and light systems come with a single SSD, adding insult to injury, OEMs are deliberately skipping out on the possibility of a future upgrade as their machines aren’t designed to have more than one storage device.

The downside of having a single storage device in a computer is that the storage is performing the double duty of storing user data and applications while meeting with the demands laid out by the OS. You can get more information on file compression with guides from TechyHost.

Here’s How To Toggle This Feature Off

Caution: Since this is a powerful extension that will be tampering with crucial system information, it is highly recommended that you create a full system backup before proceeding to avoid any loss of personal data.

By following the above routes, you’ll find yourself in the clear from the unintended processes plaguing your systems with slowdowns and failures. 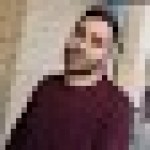 Hello Editor,
My name is Walter, I have recently contributed articles to sites like QuestionPro, Best Company, Thehrdirector, Adotas, TechWyse. Have a look: