Vitamin D is an important vitamin that affects many systems in a given person’s body. Most people associate with the sun or with bones, but there really is more to Vitamin D that many people aren’t aware of. Unlike many other important vitamins for adults and children alike, Vitamin D functions similar to a hormone and every single cell in your body has a receptor for it. While it is essential for strong bones thanks to its role in processing calcium in our bodies, research efforts have revealed that it also affects other things such as the immune system and the body’s healing processes.

That being said, it is definitely not a good idea to be deficient in any vitamins especially Vitamin D. There are some food sources of Vitamin D, such as fatty fish, liver, egg yolk, and some selected dairy and grain products. The surprising thing is that diet alone is not enough to provide the right amount of vitamin D. Aside from that, vitamin D deficiency is very common with about 1 billion people worldwide exhibiting low levels.

Knowing the risks concerned with Vitamin D deficiency and its causes is important so that people understand how it can affect their lives, especially for adults.

There are several causes of vitamin D deficiency that you would do well to know so that you can make corrective measures to your lifestyle.

You don’t consume the right amount of vitamins

While this might sound too broad, what this really means is that you might not be getting enough nutrition from your diet. Having a balanced diet is key to being healthy, but because of a lack of wide options for vitamin D rich foods, most people end up not getting the right amount.

To try and correct this, incorporate more fish and liver components into your diet. You can even try drinking fortified milk. Aside from that, supplements are also available from multivitamins to specific vitamin D products available over the counter. Either way, this is the best way for you to get a better level of vitamin D in your body.

Lack of exposure to sunlight

The reason why vitamin D is related to sunlight is that the body synthesizes it when exposed to sunlight. Obviously, this would mean that a lack of exposure would lead to less vitamin D in the body. If you consider yourself a homebody or live in a region in the world where it is cloudy or dark most of the time, you could be at risk of vitamin D deficiency. This also applies to people who love wearing long clothing that hides most parts of the body to sunlight.

Do yourself a favor and get some sunlight. Not only is it healthy for you, but you also get a good whiff of fresh air while keeping your body active.

In connection to the previous cause — melanin, a pigment that reduces the skin’s ability to process vitamin D from sunlight exposure, is another cause. This is most apparent in adults who have dark skin because studies have shown that they become more vulnerable to vitamin D deficiency.

Now that you know the causes, it would be helpful if you knew the risks that come with vitamin D deficiency.

As alluded to above, a stark lack of vitamin D will eventually lead to a weaker immune system. This is because it directly interacts with the cells that are responsible for fighting infections and viruses. If you notice that you are frequently getting sick with colds or the flu, this could be a sign of vitamin D deficiency.

Several studies have shown that it is also linked to other respiratory tract infections such as bronchitis and pneumonia — illnesses that older adults need to be wary of, especially the elderly.

Bone related issues such as pain or low bone density

Since vitamin D helps your body process calcium and maintain a healthy bone metabolism, the deficiency would mean weaker bones of varying degrees. This could lead to many issues regarding bones such as chronic pain, low bone density, and osteoporosis for the elderly.

If you are on the older side of the age spectrum and experience bouts of back pain, then vitamin D deficiency could be a probable cause. Knowing this can be crucial because chronic bone pain tends to become more severe over time and can eventually reach a point where your daily activities become unbearable.

Now that you understand the risks and causes of vitamin D deficiency, it is best to make corrective to issues to your diet, habits, and lifestyle in general. It might not seem apparent now (if you’re young), but once you get older the effects of vitamin D deficiency become more pronounced and will affect your life. Have a good diet, go outside and get some sun, and don’t neglect sleep. That way you not only avoid all kinds of vitamin deficiency, but you end up becoming more healthy altogether. 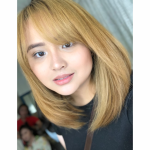 A 23-year-old girl who loves traveling, writing and reading books. Mayumi also likes to try different kinds of food in every place she visits… as well as coffee. Every time she goes somewhere, the first place she visit