With every passing minute, this world is going digital, and we find everything transforming into Smart. The electronics have formed an integral part of the world and, now experts are developing technology that requires minimal or no human involvement. Today, people are visualizing an e-world that recognizes the human needs, and functions to keep it fulfilled. But how? Is the transformation of electronic devices into Smart devices our only practical solution? Is it even possible to visualize Smart electronics in the future? Let’s evaluate!

What are Smart Appliances?

By definition, an appliance refers to an electrical machine that helps in domestic tasks or household chores. Be it, cooking or cleaning, major and minor appliances assist in home maintenance and daily activities. They save us from unnecessarily wasting our time and energy, thus boosting productivity.

But what does the term smart appliance imply? What’s the difference?

Well, smart appliances are an evolution of the elemental technological advancement, i.e., the domestic machines. Incorporating communication and efficient energy use in the basic functioning of the machine, smart appliance refers to the high-tech versions of a simple refrigerator, stove, washing machines, surveillance cameras, toasters, speakers, and whatnot.

Thanks to the smart concept, users can now access their home appliances remotely as they remain connected to one another and a central system via Wifi. For fast and energy-efficient functioning, they can communicate with the neighboring smart devices and smart grid. Thus, reducing the need for your energy input as well as electrical energy ( The reduction of electrical energy is approximately 30-40 percent).

Along with bringing increased home automation, smart appliances reduce the need for manual control and checking. For example, if an appliance like oven requires maintenance to continue working smoothly, it will alert you beforehand. Also, if you want to switch on the light bulb, you won’t need to get up from the sofa to do so. Rather, a remote control device or voice command will do the work.

IoT is a relatively new concept, and a much-misunderstood one due to the complex technical definition found everywhere. To be simple, the IoT (Internet of things) refers to the concept of connecting all the things in the world to the Internet. Certainly, we have devices, such as smartphones and computers, that connect to the Internet. However, the IoT is to go beyond those devices and connect everything else with the Internet. These connected devices get called Smart. And, the ‘everything else’ can be refrigerators, air conditioners, TVs, and practically anything in the world.

IoT is one important futuristic concept that guides today’s world into a modernized and better one. Today, we have a few Smart devices, but it is comparatively lesser to what else can get turn Smart.

We can expand IOT to such an extent where our entire house is Smart. However, that is an advanced level, and up till now, experts are working on making electronic devices smarter.

Various articles formulated throughout the 1900s imagined the possibility of getting every chore around the house done, without having to move an inch. The masses even came up with the possible structure and components of a modern home. However, it wasn’t until a decade ago, when the smart appliances and equipment for practically setting up a smart home became commercially available.

Ever since the introduction, even the development in the very domain of smart appliances became rapid, and the world began using these extensively. Today, a large population possesses a technology-integrated house and depends on numerous smart appliances to get things done. The following are some examples of commonly used appliances that work together for a smarter home.

Watching a TV is an act of gaining entertainment and refreshment. While this act remained limited to movies and shows in the previous decade, it has now expanded to online browsing, streaming shows, and playing games. Smart TV allows one to do so much more than merely watching movies and TV shows!

Previously, the mere function of the air conditioner was to offer cool air to its users. However, now, smart ACs have sprouted up that feature intelligent energy-saving, augmented control, and much more. Currently, the Smart Inverter AC price, as well as other prices, are much higher than regular AC. Hence, the masses have not yet tried it out.

The Smart refrigerator enables one to view the interior of the fridge without opening it through the camera feature. It also allows one to play music, watch videos, capture images, and much more. With a touch screen panel, one can leave a note for the family, or the assistant feature recalls one about the groceries.

The extensive use and constant development of these smart appliances suggest that they will hold importance equivalent to that of bricks in a house. So, up till then, we must stay tuned and wait for which next technology that the world will unlock! 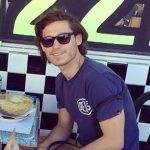 I am a creative content writer with expertise of writing on any niche there exists. I am a blogger, content marketer. I am from USA TX, Brazoria. 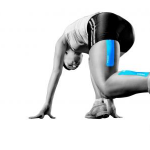 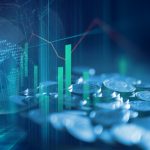 Why You Should Invest in Online Investment Leads 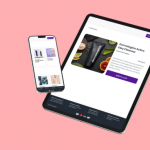 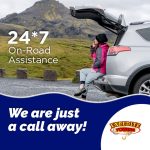 Types Of Emergencies That May Need A Roadside Assistance