You know how you watch a certain ‘comedy’ movie, and you’re just like wait…Who wrote this script and thought this sexist joke sounded funny? And then you watch another movie, and your favorite actor’s clothing make you cry…tears of disappointment. And then, you watch one of those horror films and suddenly get sleep paralysis. And yet, the only thought that comes to my mind, is whose doing was it?

Every film has some very important people with some very important jobs, says Madhu Mantena. Well, it’s about time you learn to give credit to those who work backstage and not just your favorite hero who always ends up saving the day by dancing some weirdly inspiring number.. We decided to have an insider tell us who to appreciate for what, or well, who I am kidding, even to blame…if you’re a critter like me.

The producer is mainly responsible for the supervision of a film’s shooting and assembly.Currently, the notion of the director as an author is deceptive because it implies that all is done by the director, like an author. A director works at the core of filmmaking, but is inextricably connected to hundreds of film makers says Madhu Mantena.

While the dialogue in a film may sound normal to the spectator, it is deliberately designed by a writer; the  screenwriter, nevertheless, does even more than supply the actors with dialogue. He or she also forms the flow of events in a film to ensure that one scene moves to the next in order to unfold the plot in an engaging and coherent manner.

The production designer is the first artist to transform the screenplay into graphic form before a single inch of film is taken. He or she makes a series of storyboards which serve as the first drought of the script. Throughout the production, storyboards act as the visual reference for the director which would be a guideline to adopt throughout the editing process.

The art director is responsible for the sets of the filmmaking: the houses, scenery and interiors that provide the characters  with physical meaning. It is the duty of this person to procure props, decorate sets and make the setting credible.

Costumes reveal a lot about the time span of the film and the people that wear them, including their economic condition, profession and attitude towards themselves. Actually, costuming could physically demonstrate everything about the character says Madhu Mantena.

Capturing the script on film or video is the responsibility of the director of photography, or DP. The DP needs to pay attention to lighting and the technological capability of the camera. The DP does that through his or her preference  of lighting, film stock and diligent handling of the camera when the director needs a shot to achieve such optical or atmospheric qualities. 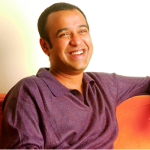 Madhu Mantena is one of the biggest producer and influencer in Indian film industry. In

2008 he co-produced the blockbuster film Ghajini.