I opened different gifts for Valentine’s Day. It made me happy and amazed to see, the packing, the covers, and items in it. I want to share that I got perfumes, watches, chocolates, etc. The one which I liked the most was the kindle. Being a book lover, it made me happy to get it.

I just charged it and started downloading some books, which I have put on my reading list every month. My bedroom is filled with different book covers like becoming written by Michelle Obama, Never Broken, etc.

I will discuss these books in details:

It is a historical novel, dated back to 1914. The main character is called Richard Hanny. He is given the assignment to look for an important document of the German army. His life takes a new turn when Scudder discloses a secret that the Greek head of state is going to be killed.

Scudder writes the details of it in a black notebook.  Richard, one day when he returns home, Scudder is killed. Richard flees the scene, fearing that he will be arrested by police for Scudder’s killing. He soon decodes Scudder’s black notebook, which reveals that the British Army‘s naval report is stolen. The enemy plans to surround the UK and put the whole of Europe under war.

To get the message to higher authorities, Richard steals a police car, manages to stay at Sir Harry’s home. He tells John that he will deliver his message. Sir Harry sends the letter to Sir Walter.

He then reaches an archeologist’s home. Richard soon comes that know, that he is the enemy, who is suspicious about his identity, and then he escapes from there using dynamite.  He soon arrives in London, in the high-level meeting of UK military intelligence.

He then discloses the secret, he decoded in a black notebook, and it’s about the coast in the east, where the German spies are hiding. The other clues are of the high tide, thirty-nine steps. He soon finds a home there. Richard finds those enemies.  In the end, he discloses the secret that he was working for the UK army all this time.

In an operation theater, when penny opens her eyes.  Her life was at risk. Calvin Warwick, her surgeon saves her by replacing her real heart with an artificial one. She gets another life. But her doctor is arrested and put on trial, for the killing of so many people, to get the procedure right.

When Penny’s factory is destroyed, her parents disappear suddenly. Penny and her brother Nic get a written note from the kidnappers, that their parents will be released, only if they hand over to them the research work.

They hire three deductive, to solve this case, Penny falls in love with Marcus Kingsley. Penny’s heart is ticking, looking for clues to find her parents and saving the research for saving other lives.

3. Where the Forest Meets the Stars Written By Glendy Vanderah

Jo is doing a project on birds; she has earned a master’s degree in ornithology. Her mother has died. She is also a breast cancer survivor. One evening, she was going back to her home, she saw a wounded girl called Ursa. She offers to have dinner with her. Jo tries to contact the police, to find out the whereabouts of her family, but her efforts all go in vain.

Ursa finds Jo’s home as a new shelter. Gabe is the neighbor of Ursa.  He also spends his earning, from selling the eggs to support Ursa. Soon Gabe and Jo start to fall in love. On the other hand, Gabe is facing problems in his life. His family is not supporting him.

One day all three of them return from dining out in a pizza restaurant. Two men attach them. Leaving Jo and Ursa wounded. Gabe fires back and killed them. Both Jo and Ursa are admitted to the hospital.

Soon the police arrive and try to find out the motives of this attack. Ursa doesn’t reveal anything to them. Jo is called in; Ursa tells her that her mother was working for these two men. They were drug sellers. When those men misbehaved with her, she quarreled with them. They killed her mother.

Ursa ran and saved her life. She found a truck, which took her to Jo’s neighborhood. They soon recover and are discharged from the hospital. Jo returns to School. The social workers try to move her to different homes, for settling down but Ursa tells them that, she wants to live with Jo. Finally, Ursa meets with Jo, She and her roommate take care of her.

This is an amazing book for women.  The author has interviewed many successful businesswomen, from all walks of life. She has described the best qualities for them here. Below are the key take away from Barbara:

The first point is that women, who talked to the author, said that they worked on their personality. They went on to say, they improved decision-making skills, they went to the best business schools, and they read the best books for starting a business. In a nutshell, it was becoming educated. It helped them to think out of the box and chase their dreams.

The author discovered that lots of women were happy to become workaholics. They preferred to stay motivated and focus to achieve success.  They did what they liked. It drives to them achieve more, in their lives.

They often worked to get more and leave their couch behind. Fear didn’t stop them. They took it as an opportunity to reach the next level. Some of them even failed at the beginning, but they didn’t give up on their aspirations.

Some of the ladies didn’t get any praise, pat on the back from their parents. Instead, they looked in the community for the support they need. They got experts to look up to, whenever they didn’t know to, tackle a particular situation. They gathered friends around them, to analyze any difficult task.

The advent of technology has made it easier, for anyone to get access to reading; it can be brought about a positive impact on their lives. The best thing which I liked about the Kindle, was that I can take it with me anywhere like e.g. on a train, in the office or even I can enjoy new titles under the tree. 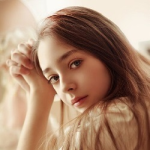 Hi, I am Jean Wilson. I am a freelance writer. My articles are on books. The topics I wrote unitl now are on relationships, children and doing busines.

Retail Boxes save Your Product from Disasters